For the second part of this task, I decided to research the history of the smiley face and it’s evolution. Initially, I researched the subject as a whole, which was later I found it was too much data to capture and design in a short duration. I always had it in my mind the smiley face relation to acid house dance music of the 80s. My initial design was lay out like a vinyl, but the data within this design didn’t reflect it’s design, so I moved onto the smiley face in music history. 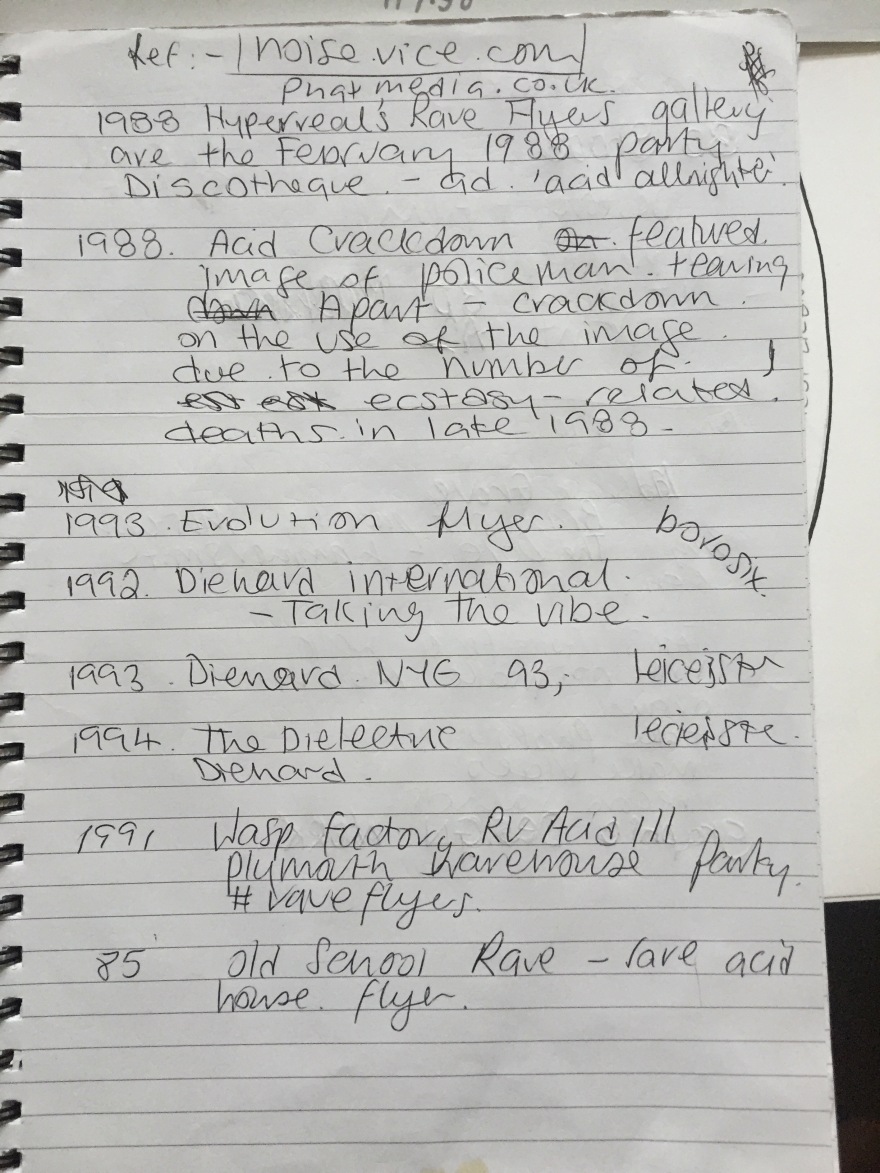 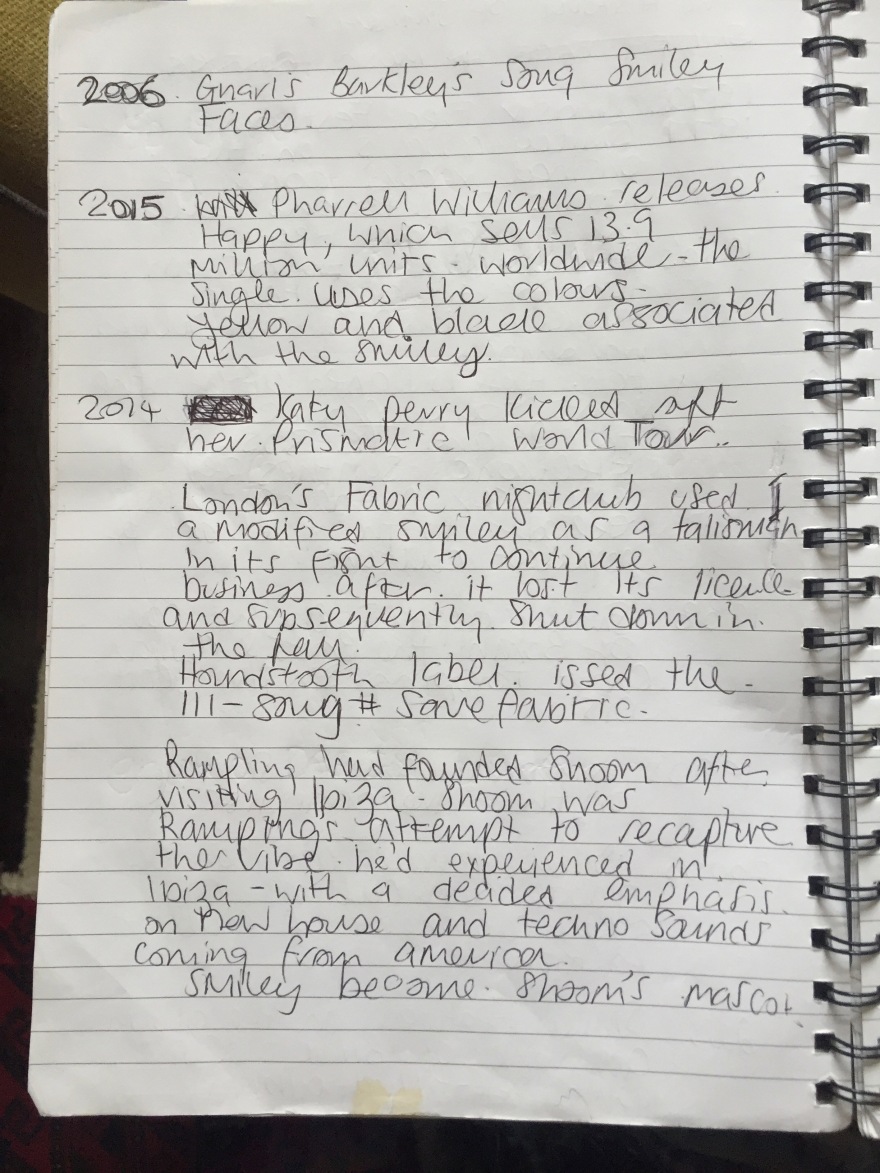 I continued my research of the evolution of the smiley in music. I captured information from a wide range of research from the use of the smiley back as early as the Windsor Free Festival in ’78 to EDM in the 80’s to current date and in alternative music used by the band Nirvana during the 90’s to current use of it in popular music, Katy Perry wearing Moschino smiley faces outfits a recent tour. 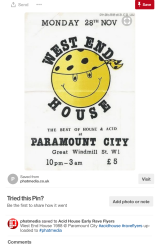 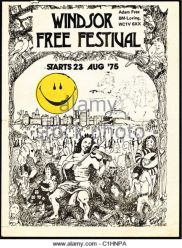 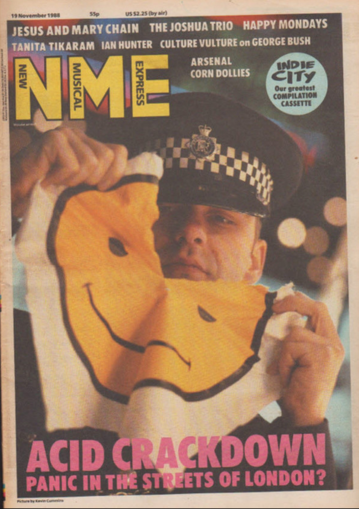 Using my findings to recreate the smileys faces in illustrator to create and infographic.  I chose a range of smileys from various music genres before narrowing it down to create an infographic.

For my final piece I decided to create an A2 poster of the Evolution of the Smiley in EDM as that subject had plenty of data to create an info graphic.  Taking the smiley faces from each flyer, original flyers and dates are features on phatmedia.co.uk. I recreated each smiley face in illustrator, apart from the Shoom smiley (red, green, blue) moon like smiley.  I used this as a jpeg to inserted into the poster. I wanted to use this as it shows the most evolved design of a smiley face in EDM used in 2017.

Created a spreadsheet so I could easily arrange the smileys by date order. 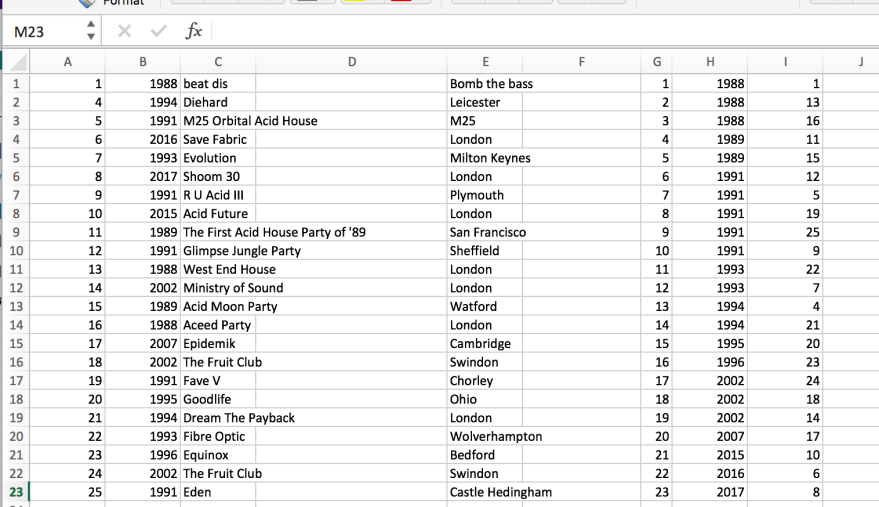 Before, arranging onto the A2 poster design. I created an A2 poster on white paper and I experimented with printing on A4 transparent film.

The evolution of the Smiley face is quite clear to see from the infographic. For example No. 2 and No. 19 has evolved in design from a flat design in ’88 to a more 3d with the use of shadows in ’02.

A4 on clear film